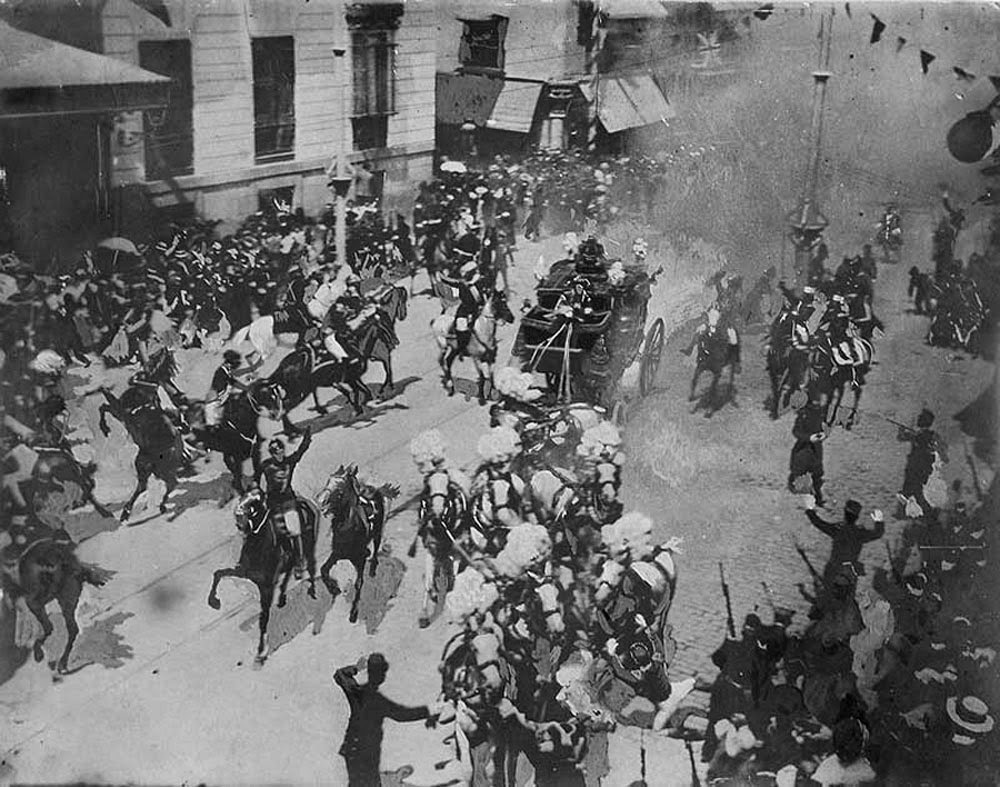 In 1906 Mateu Morral threw a bomb concealed as a bouquet from his hotel window at the King of Spain, Alfonso XIII, and his bride Victoria Eugenie as the wedding procession moved along the Calle Mayor in Madrid, Spain.

While his bomb left the king and queen unharmed, 25 bystanders were killed and over a hundred injured. After he was captured he killed his guard and then killed himself.

Posted by Col. Milquetoast at 1:28 AM