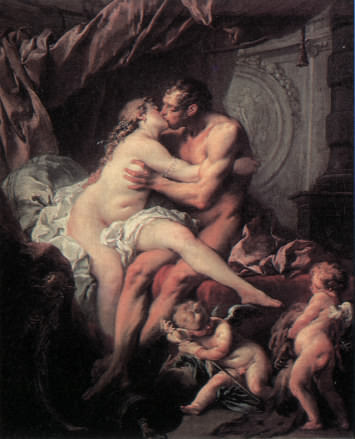 Hercules and Omphale (getting frisky) by François Boucher circa 1724. How frisky? Two cupid frisky. 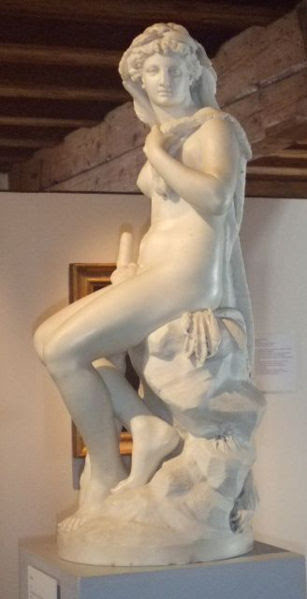 Here is a statue of Omphale dressed in a lion skin holding a club at her side and it is not Omphale sitting while standing erect and happy to see you.


I also learned from wiki that "Hercule et Omphale" is a short pornographic poem by Guillaume Apollinaire from a book called "Les onze mille verges" (The eleven thousand penises). That is one hell of a book title (assuming it isn't a sequel) but the poem doesn't impress me.
Posted by Col. Milquetoast at 5:19 PM No comments: