Wagner and Me (2010) is a little movie about Stephen Fry's mixed feelings about the music of Richard Wagner and his distaste for things associated with the music (including the composer). Fry is a professional raconteur so despite the movie at times being centered more on Fry and what he might be thinking at that particular moment than Wagnerian history (to be fair, the title is Wagner & Me as opposed to All About Wagner) it is interesting and entertaining throughout.

Wagner's Russian adventure was a triumph. He was even sounded out about taking over as artistic director of the Mariinsky. Had he accepted there might never have been a Bayreuth Festival House [The theater designed to Wagner's vision of his ideal theater]. He might never have completed the Ring Cycle.
His story would have had a different and probably less controversial ending.

Hmmm, if his music had become more influential in Russia than Germany… I guess Russian Czars and Russian Communists must have ruled in a boring and completely uncontroversial way.  Interesting isn't it that some mass murdering political leaders are controversial and some aren't.  Note that the controversy is not due to Richard Wagner's antisemitism which was known before his trip to Russia but because several decades after Wagner's death (Feb 13, 1883) someone bad liked his music.

I confess that despite the movie's attempt at explaining why some people balk at Wagner because Hitler (born 6 years after Wagner's death) liked his music and the Nazi's played it, I do not understand it. I think I'll watch the movie again later to try to determine if it is a lack of understanding on my part or if I don't understand because it isn't rational.

I've heard the dislike of Wagner and of "his relationship with the Nazis" before and for a while I was under the impression that he was, if not a Nazi, then a Nazi sympathizer which must have meant that he lived to be well over 100. What is really meant is the Nazi's relationship to Wagner not Wagner's
relationship with the Nazis as he was long, long dead. (I can't help but wonder if some people confuse Richard Wagner with another German composer, Richard Strauss, who was alive during the Nazi regime and did deal with the Nazis.)


There is a transgenerational corruption of blood mentioned in the movie, but with a twist. Normally the corruption of blood stains the descendants but Fry has the stain run from descendants' spouses to taint the ancestor and his musical compositions. The movie informs that Wagner's son-in-law Houston Stewart Chamberlain was a racist and early supporter of Hitler and his daughter-in-law Winifred is said "to revere Hitler." The beliefs of the spouse of Wagner's third child is left unmentioned.

Other than Wagner, would Fry accept someone else claiming music or a bloodline or a family is tainted by the words and actions of ancestors or descendants?

At one interesting point Fry is discussing Wagner with a musician who survived the Auschwitz as to whether his music is tainted and she starts asking him questions : "What happens to you when you sit there for five hours?" "Why do you have to listen to Wagner in Bayreuth?"

"even this memorial bust was created by Hitler's favorite sculptor"

Considering that the bust was done by Arno Breker in 1939 (Breker was born 27 years after Wagner's death and the work done 56 years after) is it really surprising that it was done by a Nazi approved artist at a time when so-called degenerate art was being discouraged (as in censored).


I'm not sure what to call this. Instead of sins of the father perhaps call it Sins of the Muse. The implication is that Hitler liked a sculptor and decades after the composer's death that sculptor used Wagner as a subject and therefore through no action by Wagner his music is tainted.

Posted by Col. Milquetoast at 4:25 PM No comments:

One wonders if the victim blaming rhetoric is applied to their children. 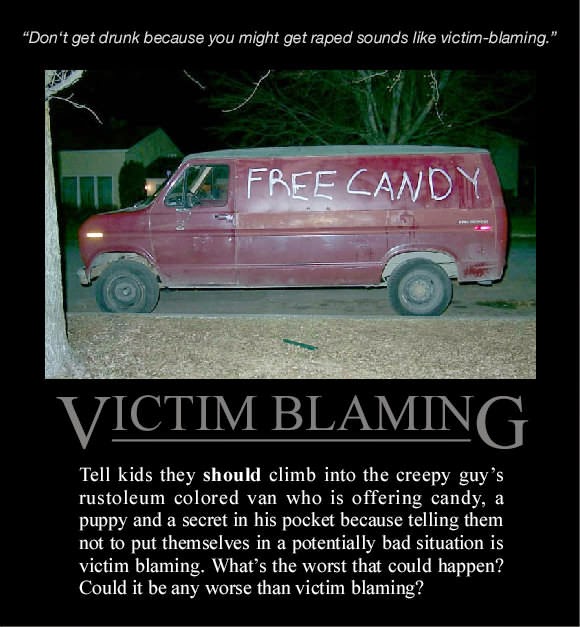 Posted by Col. Milquetoast at 3:04 PM No comments: