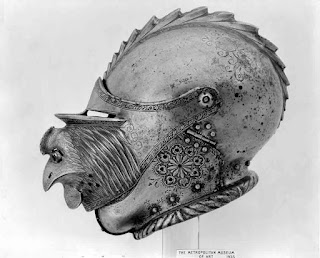 I bet I can guess the nickname of the guy who owned this. Everybody would yell at him "Hey! Cockface!"
Posted by Col. Milquetoast at 8:32 PM No comments:

They're not egalitarians : Kate Jenkins of the Australian Human Rights Commission


In the World Economic Forum’s 2016 Gender Gap Report, Australia ranked number one for educational attainment. Yet that same report ranked Australia 46th for overall gender equality due to low levels of economic participation and political empowerment.

…Incorrect assumptions are being made about the progress of gender equality both in Australia and internationally.


While the WEF Gender Gap Report (pdf) claims to be interested in the question of whether countries "educate women and men in equal numbers" note that women in Australia (p90) are over represented in tertiary education with a score of 102 for women to 72 for men but they redefine what looks to regular people like a gender gap as "equality."


With regards to political empowerment the Gender Gap report has 3 criteria : Women in parliament, Women in ministerial positions, and Years with female head of state (over the last 50 years).  At first, I thought they were under the impression that Queen Elizabeth was a dude. It turns out that by head of state they mean PM and not the Queen or Governor General. Second they are criticizing the choices women make to run or not and who women vote for. Third, you can get a grasp of the Gender Gap's line of thinking by noting the other data points they include : "Quota for women on candidate lists in national elections, Quota for women on candidate lists in local elections, Voluntary political party quotas."

Australia ranking 2 places below Mauritania in the political empowerment category is shameful.  Mauritania has a President that became president after leading a coup (and it wasn't the first coup he had participated in), press restrictions, female genital mutilation, child marriage, a legal system that can result in rape victims being arrested for adultery, laws mandating islam as the religion of the state and all citizens so converting to another religion leads to a loss of citizenship, apostasy is also a death penalty crime and chattel slavery. If they're losing in a comparison with Mauritania then Australia must be a real hell hole for women.

Kate of the AHRC didn't mention the WEF's 4th category : health. The WEF notes the Australian life expectancy is 74 for woman and only 71 for men which everyone can see is a gender gap. But to the WEF Gender Gap Report it is women falling behind because they have redefined "equality" as women living 6% longer than men. Consequently, Australian Life expectancy is ranked at 87th place dragging down their overall score.


In fact, the country listed at the very top of the 2016 Gender Gap Report Table C11: Healthy life expectancy (p55) isn't the country where men & women's health is most equal but the country with the biggest gap in life expectancy on the entire list : Russia (66 years for women and 55 for men). These are not rigorous egalitarians.

Someone should ask Kate Jenkins if the Australian Human Rights Commission shares the Gender Gap Report's views that "equality" requires men to die years before women and if she thinks quotas in a slave owning dictatorship means more political empowerment than Australia's system.

Update May 19, 2017 : On the first of May, I twittered in the general direction of Kate Jenkins citing the WEF Gender Gap report claim that equality of life expectancy should be a 1:1.06 ratio and asking :


@Kate_Jenkins_ You cite the WEF Gender Gap report; you agree with them that men must die years before women for there to be equality?

But no response. Related :


Posted by Col. Milquetoast at 9:25 PM No comments: