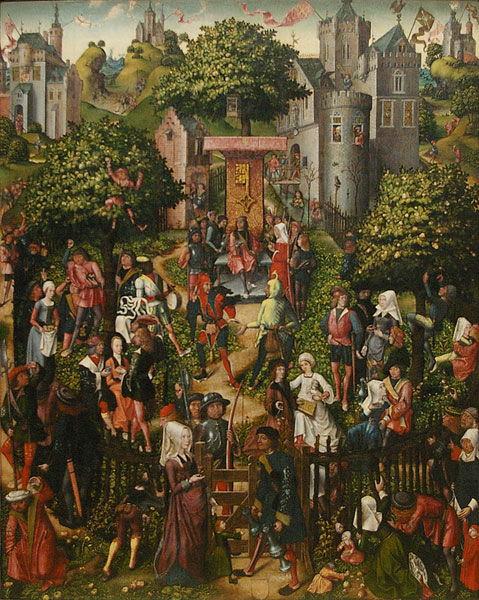 
The Artist
In the lower right quadrant is a man and a woman in white holding a dog : he is the artist. The Master of Frankfurt (aka Meester van Frankfurt)
I'm struck by the similarities of the 2 self portraits. In both he is nearly in the same pose and in both his wife has something in her hand.


drummer
What's a black guy doing in the Hapsburg Netherlands (and what would eventually be Antwerp, Belgium)?


The jesters
The jester in red & black appears to be wearing roller skates. The link above notes that the small white line going from the bird on the red & black jester's should to the eye of the jester in green Shrek hat might look like a scratch on the painting but it is not. It is paint showing the black bird bending down, lifting his tail feathers and spraying poop into the eye of the green jester. 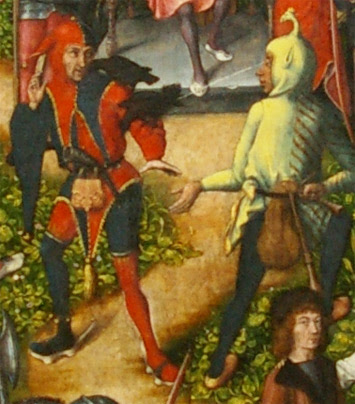 Hey, look over there…

Schuttersstuk
This is not typical of the schuttersstuk genre. The usual schuttersstuk focuses almost exclusively on the portraits of the militia members.  In this, it is difficult to tell who is a militia member and who is not. They are probably the men with an insignia on their arm, those holding bows and who knows who else.

In common with other schuttersstuk, it was apparently commissioned by the Antwerp Crossbow Guild. The dutch wiki page describes the painting as allegorical but I haven't seen an explanation of the meaning.

Posted by Col. Milquetoast at 9:41 PM No comments: 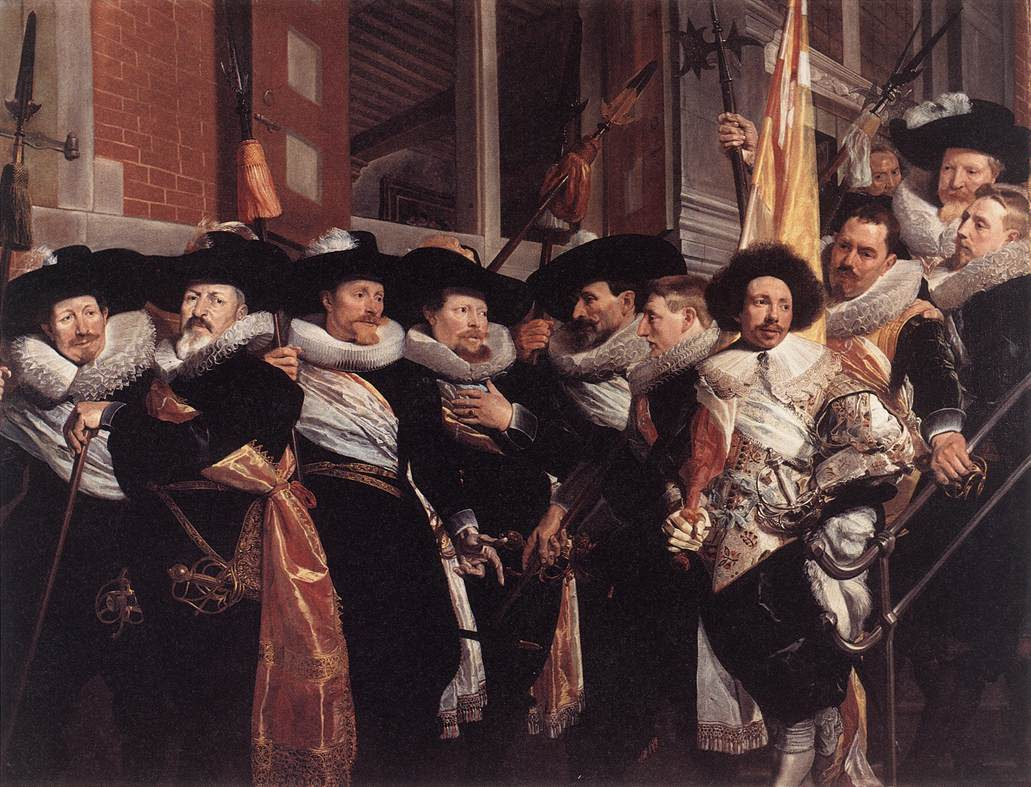 Note the flag carrier in white towards the right and his afro. Everyone else seems to have more closely cropped hair but who knows what they have hiding under their hats.

Also of interest, a painting of a painting : the top of a group portrait can be seen through the window.

I think the metal hand rails with the upturn at the end is designed discourage people from sliding down them.

Posted by Col. Milquetoast at 1:13 PM No comments: