Art as a Creative Endeavor : Ingres vs Romans

JAD Ingres painted 2 portraits of Madame Moitessier (born Marie-Clotilde-Inès de Foucauld). The first one he started working on is the seated portrait below. It was commissioned in 1844, drawn onto the canvas by 1847 but not completed until January of 1857.

The second (or the first one completed) was started and finished in 1851 and is the portrait of her standing which is now at the US National Gallery of Art and mentioned previously. 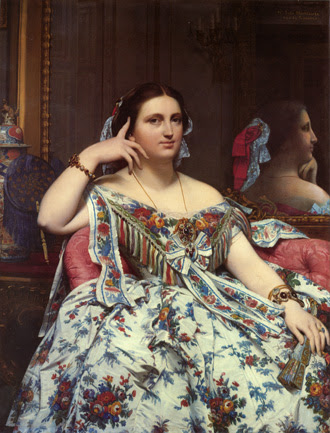 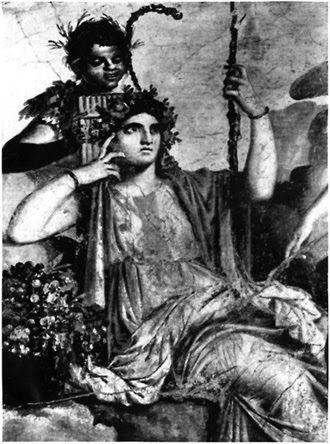 Roman Fresco of Hercules and Telephus from the ruins of Herculaneum, 1st century AD


Ingres' original concept was to include Moitessier's daughter in the painting. However, the child did not sit well and progress on the painting took years. One wonders, would she have been the child behind the sitting woman (the pan flute makes me think it might be a satyr) or the child suckling a deer?

Also worth noting is the second portrait in profile in the sitting portrait. It is ostensibly reflected in the mirror but to get that reflection the mirror would have to at a different angle instead of flush on the wall.