The latin phrase "damnatio memoriae" means the "condemnation of memory". It is to erase someone from history (and therefore from the future) as a form of punishment. If effectively done the future won't know it was done. After the physical records of someone's existence are destroyed then once those with memory of how it really was die the verbal history can be reduced from fact to mere rumor and innuendo. The impossibility of perfect central control makes it difficult to implement completely.

Below are some of the Orwellian examples of trying to erase the past and change history.  This is not an exhaustive list. Notice how the reasons for the purging of history have changed. Instead of being imposed by rulers as a means of showing power and consolidating power, it is now often done at the behest of neo-puritian busybodies, but that totalitarian instinct remains.

Personally, with the modern censors, I don't understand the logic in ignoring the stubborn reality and trying to create the illusion that the world appears the way they long for it to be.

(Here is Erasing the Past part 2)

"After the forging of the Hitler-Stalin Pact in 1939, Hitler prohibited the publication of photographs of Stalin with a cigarette, reasoning, according to his photographer Heinrich Hoffmann, that among the German population such images would threaten the respectable status of the statesman with whom the Führer had struck a deal"
– from The Stalin Cult : A Study in the Alchemy of Power by Jan Plamper

(Sorry, I haven't seen an example)

more Soviet era photo manipulation at englishrussia.com. Nikolai Yezhov, who had been the bloodthirsty Commissar of the NKVD, was removed from all positions, arrested, confessed under torture, was tried and executed in 1940. His execution remained a secret until 1948. 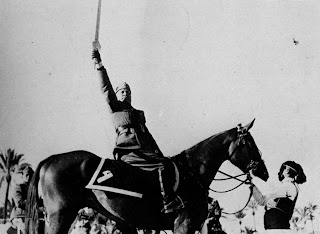 In 1953, after Lavrentiy Beria's downfall from power in the USSR, the Great Soviet Encyclopedia mailed subscribers replacement pages (including University of California at Berkeley) and instructed them to cut out and destroy the 3 page article on Beria and paste in pages omitting Beria and expanding the adjacent articles (F. W. Bergholz –an 18th-century courtier–, the Bering Sea, and Bishop Berkeley)

Beria wasn't the only one. Nikolai Bukharin and others were also subject to the political winds revising what had been. More on censorship in the USSR at wiki.

"When the Tokyo newspaper, Asahi Shimbun, sent a photographer to document the environmental problems with a coral reef, he carved his initials in the reef for the picture when he could not find enough damage."

(unlike many examples of editing the image of the past, this example is the creation of a fact and in doing so the destruction of the old reality)


"The gun and shoulder holster were removed from "Miami Vice" actor Don Johnson (for a Rolling Stone cover) because editor Jan Wenner is an ardent foe of handguns."

Sorry, I'm not aware of where the unedited image could be found.

I can imagine Wenner's emotional reason to want to censor guns because he sees them as a representation of potential violence but imagine if they edited all the potentially dangerous things like the guns, knives, cocaine, explosions, alligators, fast cars (potentially driven dangerously), and potentially loose women out of Miami Vice.  It would have been a quick show.

after editing (left) on a 1994 USPS stamp and before editing (right) is a cropped version of one of a handful of known photos (only 2 last I heard) of Robert Johnson. Interestingly, the other photo has him in a hat & suit and no cigarette but the photo above is better known.

The illustrator Michael J Deas says :
"In a supplementary drawing I did to accompany my James Dean postage stamp of 1995, I was indeed asked to remove a cigarette dangling from Dean's mouth, and the resulting picture definitely lacked some of Dean's inimitable cool"

Eventually, someone will suggest replacing the cars lining the street with bicycles or rickshaws.

I do wonder if they edited out the kid calling his brother(?) an unkind name.

Steven Spielberg has since said :
"For myself, I tried [changing a film] once and lived to regret it. Not because of fan outrage, but because I was disappointed in myself. I got overly sensitive to [some of the reaction] to E.T., and I thought if technology evolved, [I might go in and change some things]…it was OK for a while, but I realized what I had done was I had robbed people who loved E.T. of their memories of E.T. [...] If I put just one cut of E.T. on Blu-ray and it was the 1982, would anyone object to that? [The crowd yells "NO!" in unison.] OK, so be it."

The children's book Goodnight Moon's illustrator Clement Hurd had a cigarette photoshopped out of his hand in 2005 (17 years after his death) for a reprint edition. He now appears to be holding an invisible cup of beer. 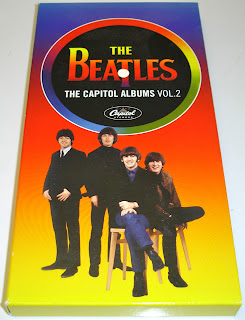 After a single complaint charged theTom and Jerry cartoons “Texas Tom” (1950) and “Tennis Chumps”(1949)  “were not appropriate in a cartoon aimed at children” due to the presence of tobacco use Turner, owners of the Hanna-Barbera library, proposed to the British Office of Communications to edit "any scenes or references in the series where smoking appeared to be condoned, acceptable, glamorized or where it might encourage imitation."

--------------------
Shouldn't the movie On The Beach (1959) be edited to assure the viewer that the war was fought with cream pies and cupcakes instead of nuclear weapons and so everybody is fine (or at least give Anthony Perkins' supposedly Australian character an Australian accent)? 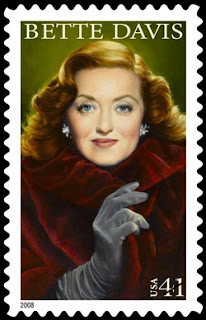 The painter of the stamp says his source photograph did not have a cigarette and so he did not edit it out but that her mink coat was considered unacceptable so it was replace with a red velvet one. His source was almost certainly a promotional shot from the fine film All About Eve (1950).  If so, then the minks in question (if they were in fact mink and not fake fur) had been dead for at least 58 years before the stamp was released.

One of the most despicable and destructive edits on this list as the painter made conscious decisions of what to include and what to leave out of his piece of work.

--------------------
This growing tendency towards bowdlerization must explain why the otherwise inquisitive media can't seem to find any photos of the admitted smoker Barack Obama smoking.


Sartre didn't just smoke; he also wrote about smoking. If they are ok with removing the cigarette then why not photoshop his lazy eye or remove his glasses to suggest he had perfect vision? Why not make him less troll-like in appearance?

Sartre on smoking : "…the act of destructively appropriating the tobacco was the symbolic equivalent of destructively appropriating the entire world."
Asked "What is the most important thing in your life at present?", Sartre responded : "I don't know. Everything. Living. Smoking." (note that smoking didn't just make third place but arguably it is included in his first place answer too)

--------------------
Movies like The French Connection and Bullitt wouldn’t be too different if everyone was shown driving the speed limit and obeying the proper rules of the road.

Sartre and Tati lost their iconic tobacco products due to a french regulation regarding the direct or indirect promotion of smoking.

It seems, while showing a history of the Bathurst 1000 auto race Australia's Channel 7 has edited it to hide the sponsorship from tobacco companies. Even vintage footage of old races, from at a time when tobacco sponsorship was not banned, have been edited with a crude blur.

A Canadian publisher, Grafton and Scratch, decided to remove 2 lines from the 189 year old, public domain poem by Clement C. Moore because they reference Santa Claus smoking.  Additionally, she has ensured that the accompanying illustrations do not show Saint Nick smoking. The publisher, Pamela McColl, is an anti-smoking activist who spends a lot of space on the book's website talking about smoking. She says "I have come to realize the way that children look at Santa and the need for him to be a good example for all children"

The 2 lines omitted : "The stump of a pipe he held tight in his teeth, / And the smoke, it encircled his head like a wreath"

I suspect the number of pipe smoking children has probably been on the decrease since before this books publication.

The LATimes observes that the book includes : a note from Santa on the back flap that says his fur is fake and he has “decided to leave all of that old tired business of smoking well behind us.”
However, Santa is still portrayed as obese and includes the lines "He had a broad face and a little round belly / That shook when he laughed, like a bowl full of jelly" and treats animals in a manner some would disapprove of but her response to Santa's weight is that "He doesn't eat in the story. That's not my issue."

Another example of prudish bowdlerisation leading to even worse interpretations is the editing of “Frankenstein” (1931). The monster (Boris Karloff) encounters a farmer’s young daughter, who persuades him to play a game of tossing flowers into a lake in order to watch them float. When they run out of flowers, the monster picks up the girl and throws her into the lake, but she drowns. The confused monster is saddened when he realises that he made a terrible mistake. Subsequently, the girl’s father assumes that the monster killed the girl deliberately and stirs the peasants to seek revenge.
In the censored version, the monster wanders off with the girl—and then the father is carrying dead body. Clearly, the monster must have done something really depraved.

Col., TRULY amazing collection! You must have put a LOT of work into this because it's something I've followed closely over the years and yet you dug up a good number of examples I'd never seen before.

You should try a sub-page on video smoking censorship of various types. E.G. Sherlock Holmes has now had his pipe replaced with Big Pharma Approved nicotine patches, Dexter's smoking sister has quit her evil ways and now we're treated to smokers mainly being limited to a group of pedophiles living under a bridge, and in India(?) they're going through old films and replacing cigarettes etc with cute little CGI pictures of flowers.

George Orwell must be spinning in his grave!

OH! I just remembered two examples you've left out, though I don't have picture links: FDR minus his ever-present cigarette holder (I believe it's been done in photos, but know it's been done in a sculpture in D.C. someplace.) and Oscar Wilde(?) who has a statue that someone regularly vandalizes, spending hours sawing off Oscar's bronze or steel cigarette into oblivion. See: http://www.eadt.co.uk/news/who_is_stealing_oscar_wilde_s_cigarette_1_87960

I hadn't thought of it when I visited here before, but I believe I've seen both versions of that 1931 Frankenstein, and upon seeing the censored version had *felt* something like a scene with him tossing the girl in the pond was missing but had assumed I must have misremembered it!