the post in which I indirectly confess to being a dork

Interestingly, considerably less supervillains have been made than superheroes (I suppose, so as to not encourage the little ones into becoming world conquering supervillains). My nephews mentioned that there was no Modok figure in the series so I told them I could probably make one.

below is Modok as he first appeared in the comic books. 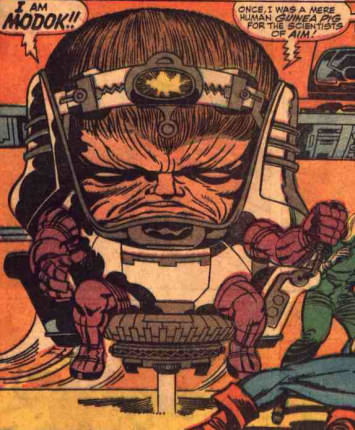 Gigantic head, a fashionable headband, sits in a comfy flying chair with his hand on his joystick, has a plan for world domination : what's not to like...

Modok, in a way, was a sympathetic character. Between his stark lack of a sense of humor and his gigantic head Modok probably had a hard time getting a date. And he isn't what you'd call traditionally handsome.

Some draw him as a guy with an enormous head with his arms carelessly added sticking out from the side of his head. That bothers me. 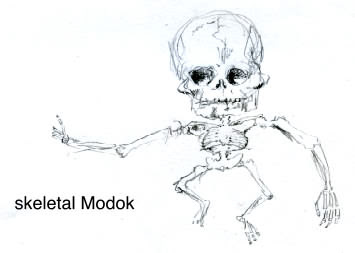 sketch of how distorted Modok's skeletal structure would have to be.

I wasn't completely faithful to the design. I'm afraid I didn't distort it enough. 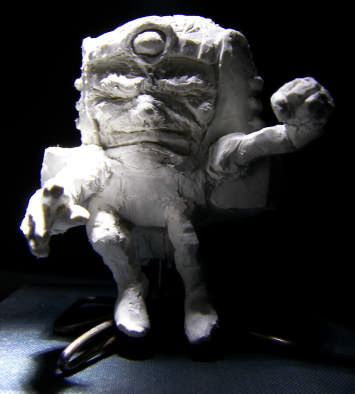 It is only about 3.5 inches tall so it could fit in with the other figures, but I imagine a larger sculpture would be easier. 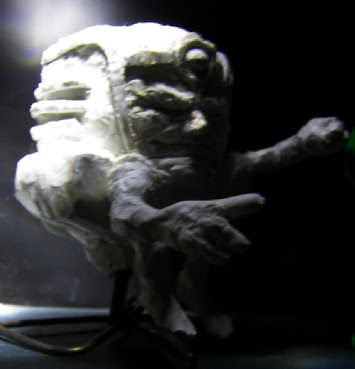 While not that great it I'd say it isn't bad considering I don't know what I'm doing. My only other experience in sculpture was mediocre relief in wax a decade ago. I've learned a lot about what not to do. 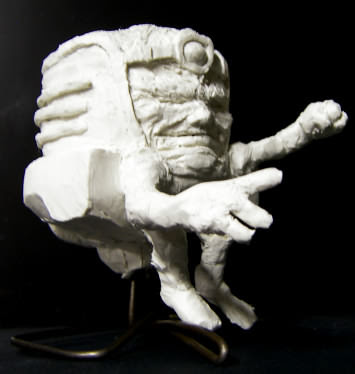 It still needs work.
Posted by Col. Milquetoast at 7:21 PM